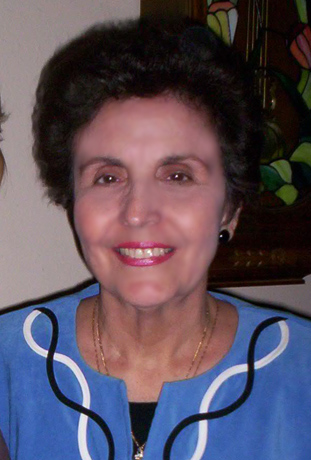 As those of us who were closest to Magaly mourn her departure from this earth and her welcoming into her Father’s home, we remember her most salient virtues, the result of the grace of God and her ever faithful cooperation with it. Magaly had a holy “stubbornness”, a blessed passion for life, an unstoppable drive to defend the most vulnerable among us (the unborn, the sick and the elderly), a saintly resilience, and an unquenchable perseverance in the face of the most incredible odds and obstacles. What can I say in a few words? I had the privilege of working side by side with her for almost 20 years. Too many are the anecdotes, too many the inspirations, too many the examples (big and little) that edified me, taught me and made me what I am today as a pro-lifer! Magaly’s death has left indeed a big void in the pro-life world, but we know that we can fill it with the grace God, which will pour out upon us at her request. By words and example, she taught us not only about how to defend life but also the virtues that make that work fruitful unto eternal life. - Adolfo Castaneda, Director of Education for Hispanic Outreach.

Magaly was a holy and dedicated woman whom you couldn't help but love, and she was always ready to listen. I miss her already. - Joseph. M. Scheidler, National director, Pro-Life Action League

Magaly was a champion of the prolife movement.  Many years ago she told me that God told her she wasn’t going to die until she had completed everything He had for her to do, and that He would give her His strength.  That’s the only explanation for her being able to persevere these many years through the many trials she suffered.  I am a better person for having known Magaly and will miss her strength, encouragement, and loving presence.  Rest in peace, mi querida hermana. - Jo Tolck, Executive Director, Human Life Alliance

Magaly was a great champion of the unborn and one of the most gentle persons I have ever met. Years ago when we were trying to find asylum for some Chinese women who were fleeing the One Child Policy and were scheduled to be deported back to China from the US after they had testified before Congress, she helped us find refuge for them in Ecuador.  I am sure the Lord has said to her “Well done good & faithful servant!” - Dr. Patricia McEwen. Director, Life Coalition International

From the time she tried to save one of her unborn brothers and sisters who were aborted by telling her mom at the age of 15 that she would take care of that baby, even though she did not know what an actual abortion was; to when she was called to be one of the very first pro-life activists in the United States (and the world for that matter), to when Fr. Marx asked her to found the very first Hispanic pro-life organization, to the last 13 years of battling terminal cancer, Magaly never stopped being an instrument of the love of God for his children. She could have given up many years ago when some abandoned, disregarded or slandered her, and her own family suffered tremendous blows. But, instead, she remained steadfast in her unwavering belief that God called her to this work and she would be faithful. That is the fire that fueled Magaly’s resolve and humble spirit. She was truly a meek and humble servant of Jesus, carrying the cross that He gave her with great peace and complete trust. - Jacqueline Debs, Magaly’s assistant at Vida Humana Internacional from 1992 to 2009.

Let us thank the Lord for this great lady who was so dedicated to the cause of Life, Family and Faith! May she rest in the Lord, and may her family be comforted. - Dan Zeidler

Magaly was a true warrior for Christ. All of us here at American Life League will miss her more than mere words can say. She was a great promoter of all that is good and beautiful about life, and her best asset was always her loving smile. Magaly shared her wisdom with us on many occasions and inspired us with her leadership. We are deeply saddened by her passing. She was without doubt one of the greatest champions of God's innocents and now she has gone home. May she rest in peace. - Judie Brown and staff, American Life League Inc.

Magaly was a fearless fighter against Planned Parenthood in Central and South America. I worked closely with her during the time I was writing a series of booklets on IPPF for Human Life International. Always a gracious lady and dedicated to the children. She will be missed. - Jim Sedlak, American Life League.

Magaly was also so gentle and kind in her interactions with people, those who did not know would have no idea she was suffering. May her memory be eternal. - Fr. Benjamin Johnson, LifeSiteNews.

We will sorely miss Magaly, a sister in the battle for life, a joyful defender of our most vulnerable brothers and sisters. What kept Magaly going through thick and thin, through terrible personal suffering and setbacks, was her conviction that God had called her to do this important work. Her ‘yes’ to God saved thousands of lives and brought many champions together. Fighting for truth and life until the end, leaving nothing on the table… We would do well to learn from such a courageous and faithful witness. -  Patricia Bainbridge, chairman of the board of Human Life International